If the board DOES produce beeps:

Step Two:
Install the RAM.
Switch on the system.
A different series of beeps - the NO VIDEO tone error code - should be the result.
If there are still no beeps, then the memory might be bad.

If adding the RAM has the system beeping:

Step 3:
Plug in the video card.
The video BIOS message (adapter ID and maybe the RAM on the card) and the system memory count should appear.
If nothing is seen then the video card might be the problem. Make sure that all chips are firmly in their sockets.
(Of course, you've made sure that the monitor works before dismembering your PC?) 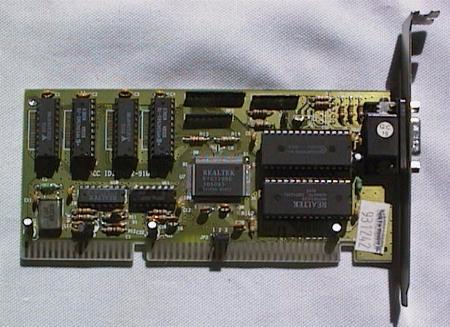 If the BIOS POST messages are now showing up:

Step 4:
Add the controller (IDE) card, if applicable.
Connect the floppy cable - either into the controller card or, for a new PC, directly into the motherboard.
Don't install the hard drive!
Now try to boot from the floppy.

Does the video BIOS and/or the RAM count still show?
If no, then the controller or the drive is defective.

If the computer doesn't boot and the floppy light stays on (even without a disk), then the floppy cables are on backwards.
The red stripe of the cable always goes to pin 1. This is generally, but not always, the pin nearest the power plug of the drive.

If there is no light on the drive and the system won't boot, then the floppy drive, the controller, or the cable are the usual suspects to be rounded up.
(You ARE using a known-good boot disk, RIGHT!)

Step 5:
If the PC boots from a floppy, now plug in the hard drive. Power on! Warp speed Mr. Scott!

If now you're back to the black screen of death, then all it is is that the hard drive cable is plugged in backwards.
This is a very traumatic experience for the novice PC builder/fixer!
Having the cable insidedown/topsideout hangs the system. Just turn the danged thing around and you'll be ready for alt.bianries.godonlyknowswhat again.

If the you still see the POST screen but can't boot then:
First -- Check BIOS SETUP for the hard drive and the boot sequence.
Second -- Boot from a floppy. Try to access the hard drive. If you can read, then check the partition with FDISK. Make certain that the partition is set ACTIVE.
Third -- If it is ACTIVE, try SYS C: from the boot disk. SYS.com must be on the floppy.
Fourth -- As a last resort use Norton Disk Doctor to MAKE DISK BOOTABLE.

The message NO ROM BASIC -- SYSTEM HALTED or DISK IO ERROR are the prizes for the partition not set to ACTIVE and/or missing system files.

A few other little devils that might require exorcism:

See that the IDE cable is covering all 40 pins. With some drives it's easy to leave either the first or last pair of pins naked.

Always push down on all the socketed chips. From many heat up/cool down cycles, chip creep can result. When this happens, you will feel the chips sink back into place. Also feel if any are unusually hot (with the exception of the CPU). If the component is "hot enough to fry an egg," then the chip is probably fried!

Systems can be finicky with regards to RAM. If a PC is set for PARITY memory, it might not work at all with NON-PARITY. It might start, but give an error. You might be able to toggle PARITY/NON-PARITY in SETUP. You might need a certain combination of memory sizes. Different speeds of RAM might not work in combination on some boards. SIMMs can be perfectly OK and still be incompatible with a particular system board.

If NOTHING happens no matter what, then figure the power supply. This is really pretty rare. If the system dies when you try to go to the CD ROM, or if it won't install the CD ROM at boot, then you need a higher wattage power supply. 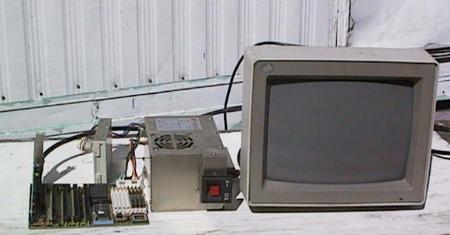 As A Last Resort, See If The Motherboard Works Outside Of The Case.

If all else fails, take the motherboard out of the case. Place it on a non-conductive surface. Install a known-good power supply, video card, and RAM. Hook a floppy drive up to the power supply, but don't bother (at this point) attaching the cable to the system. Power it up. If you now get a POST display and the system tries to boot, the problem is a bad ground to the case. Cover all possible points of contact between the case and motheroard with electrician's tape. Use cardboard washers on the screws used to fasten the system board to the brass standoffs.

A couple of closing hints:

Most POST's use the same sequence:

Keeping in tune with the computer's startup rhythm will help you identify which little member of the PC orchestra is playing out of key!

Don't use the short POST option in SETUP. You might save a minute, but it makes it a lot harder to figure out a problem.

Always keep a bunch of old working parts around. It's even better yet to have a complete "old battleship" system on the workbench. The fastest way to troubleshoot a PC is by swapping in known-good parts.